The US's Most Expensive House Sale? 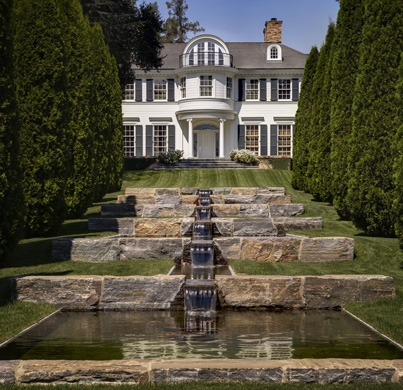 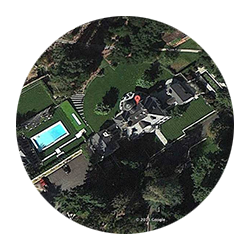 Over the past years we've been witnessing a gradual migration of some of Silicon Valley's most eligible bachelors and young marrieds to Los Angeles. PayPal co-founders Peter Thiel and Elon Musk each bought mega-property in Los Angeles. Ooma founder Andrew Frame did too. According to the WALL STREET JOURNAL, Oracle co-founder Larry Ellison owns no fewer than 27 Malibu residences.

And if that's not enough ... Then there's the fact that many of the other young and suddenly mega-rich choose to live in San Francisco and do the undesirable commute every day rather than hole up in an adorable bungalow off University in Palo Alto.

But just when you're going to feel sorry for Silicon Valley real estate ... stop yourself. Because it would appear as if quite possibly the United States's biggest house sale EVER just happened in an off-market transaction in Silicon Valley's tony Woodside neighborhood.

The $117 million mega-mansion (actually $117.5 million, but who's counting at that price?) was designed by AD 100 architect Allan Greenberg and features, well, a whole lot.

While we're sure the seller of the hilltop estate was Tully Friedman, chief executive of Friedman, Fleischer and Lowe, a San Francisco-based private equity firm, the buyer has been a cause for much speculation. It is now believed that it may be Japan's second richest man, Masayoshi Son. The Softbank founder is worth an approximate $7.2 billion and had attended school in the area.

Alas, in the land of keeping your next big idea quiet, there aptly aren't many photos of the mansion because it wasn't a public offering at all, but a privately marketed one. What we do know is this: The estate boasts 360 degree views, a 9,000 square foot Neoclassical style house, a pool and pool house house, a detached library, and a tennis court. Oh, and it also boasts great neighbors including Jeffrey Skoll, John Doerr, and Larry Ellison. Thanks to neighbors like that Woodside's one of the most expensive 'hoods in the US with a median home price slightly over $3,000,000, up around 33% since 2011 according to Forbes.

Phew, enough feeling sorry for Silicon Valley real estate. Now if our Apple stock would go up we'd be all good.