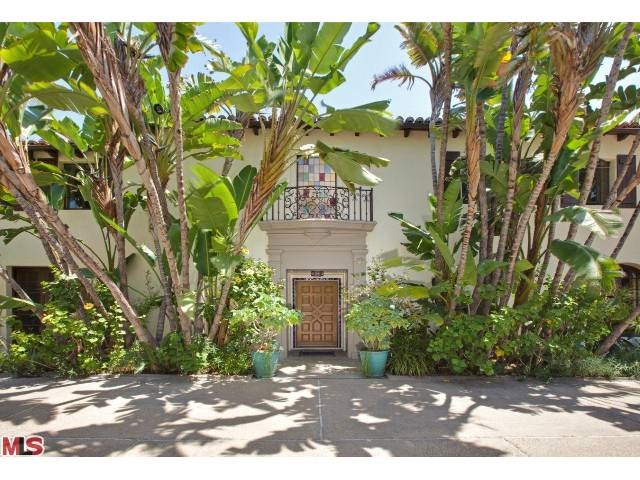 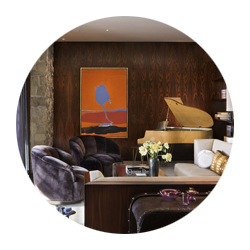 I admit, I’ve had a bit of writer’s block when it came to Bungalux this week. (Thank you, by the way, for all the emails I got from people to say they missed their Bungaluxes this week). I couldn’t figure out why. I had the story I was going to write: The top Los Angeles house sales in 2011. I picked the story last week. The photos were pulled and cropped. It was a no-brainer. Yet, for some reason, I couldn’t get myself to write it.

I heard that line before I got into real estate, and I loved it. In fact, when I initially got into real estate sales I believed it. I would go on Caravan – our word for open houses here in Los Angeles – and see oversized mega-mansions. They looked like sets, and were often built like them. They were all flash and no substance. Indeed, my first year of real estate I wondered why there was such a disparity between Los Angeles and places like New York, San Francisco, and even Milwaukee, where I grew up. In other cities wealth seemed to bring with it taste. Milwaukee mansions line Lake Drive, and they’re breathtakingly beautiful, even a century after they were built. Palo Alto, where I spend a lot of time, is peppered with early 1900’s houses with casement windows, plaster, and palms, and I could close my eyes and point and be guaranteed I’d be pointing at one I love. And think of places like Westchester, Palm Beach, Lake Forest (IL), and Hillsborough: Wow. One mansion is prettier than the next.

So, what is different about Los Angeles?

The difference, I think, is the very reason I got stuck on writing today’s article. In Los Angeles, unlike in other cities, I believe that a lot of the truly beautiful architecture isn’t necessarily “the mansion.” And, certainly, it’s not the McMansions that I was supposed to write about in today’s story on the biggest home sales in 2011. (To be fair, some of the big Los Angeles sales were beautiful. Jennifer Aniston’s house is an example. See the related article we did on it many months ago.) Instead, I believe that some of Los Angeles’s architectural gems are created by the middle class or, conversely, by the wealthy who patroned architects to create something that really pushed the envelope.

When I think of Los Angeles homes I love – and, to be honest, I feel as if LA has as many beautiful homes as almost any city in the world – it’s not the big $25 million mansions I think of. Instead, I hone in on stunning 1920s Spanish homes surrounded by palm trees – some of which are “mansions,” but many of which are just plain beautiful – and the mid-century aesthetic that those in Los Angeles made famous by commissioning architects like Richard Neutra, Rudolph Schindler, John Lautner, and Pierre Koenig to design glass structures which were sited perfectly in their gorgeous surroundings and climate.

That said, I don’t want to be unfair to the wealthy in LA. They’ve created great, lasting architecture as well through their patronage and fantastic taste. In addition to the mid-century architects listed above, Los Angeles is home to architecture by the likes of Richard Meier, Hugh Newell Jacobsen, Gwathmey Siegel, and Frank Gehry. Los Angeles is also the base for Rose Tarlow, Michael Smith, Brad Dunning, and many of the other preeminent interior designers in the world.

All this is to say that I made the conscious decision not to write about Los Angeles’s biggest house sales last year, though almost every real estate blogger in Los Angeles did. Instead, over this long weekend, I would encourage you to click on the link below and discover Los Angeles through its homes. You will be wowed. I still am … every single day I am lucky enough to live here.