My Ten Favorite Things in the World of Cornelia Guest 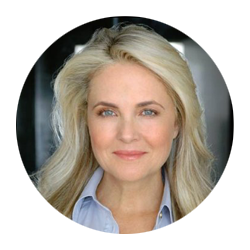 We’ll admit it. If our parents were the iconic C.Z. Guest and Winston Frederick Churchill Guest and we were beautiful and stylish, we’d thank the Powers-That-Be for the lottery-ticket and spend our lives ... relaxing.

Which is why this week’s guest editor Cornelia Guest is just so incredibly special.

Despite her incredible pedigree, beauty, and social status, Cornelia has never been one to rest on her laurels. An activist, philanthropist, and businesswoman, Cornelia is one of the most accomplished women we know.

Cornelia’s one of the great advocates of the Humane Society of New York and was named by Donna Karan as one of the Women Who Inspire. She serves on the Mayoral-appointed Grow NYC Board and has been an advocate for New Yorkers for Marriage Equality and hosted their 2010 New York flagship event with Mayor Bloomberg.

In 2009 she founded Cornelia Guest Events and Cornelia Guest Cookies, catering high-end charity and entertainment events with healthy, vegan dishes. Her mission is to encourage and inspire people to be conscious of the diet choices they make in their daily lives.

Tired yet? Cornelia’s not. She’s currently writing a book (Weinstein Company, Spring 2012) that will include original recipes, decorating and party topics, along with photos of her life we’re certain we’ll be drooling over. She’s also designing her own line of jewelry, as well as a very very Bungalux – we love it! – collection of animal-friendly handbags, wallets and dog accessories made with a vegan alternative to leather.

We’re so honored to have Cornelia as Bungalux’s guest editor this week. So now join us in taking a quick peek at what it takes to live like Cornelia Guest.

My Ten Favorite Things in the World of Cornelia Guest