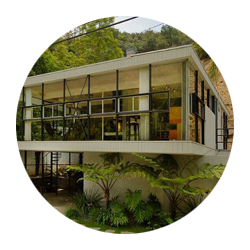 As a real estate agent, I can’t give tax advice, so I’m going to give a big fat disclaimer before today’s article: Consult your accountant, business manager, attorney, aunt, uncle, cousin, neighbor, bartender, and anyone except me before making any tax decisions. This article is strictly informational and not intended to give advice.

That said, many of our readers have asked about the 3.8% “real estate” tax that is going to go into effect on January 1, 2013. There are a lot of incorrect rumors floating around, so I’m going to try to dispel some of them and pull fact versus fiction.

The tax was passed by Congress in 2010 with the intent of generating an estimated $210 billion over 10 years to help fund President Obama’s health care and Medicare overhaul plans. This represents more than half of the total new expenditures in the health care reform package. The legislation passed on a largely party line vote. The new tax is sometimes called a “Medicare tax” because the proceeds from it are to be dedicated to the Medicare Trust Fund. That Fund will run dry in only a few more years, so this tax will be the "piggy bank" so to speak.

There is a common misconception that this tax will be imposed on all real estate transactions. It WILL NOT. Rather, when the legislation becomes effective in 2013, it may impose a 3.8% tax on some (but not all) income from interest, dividends, rents (less expenses) and capital gains (less capital losses). The tax will fall only on individuals with an adjusted gross income (AGI) above $200,000 and couples filing a joint return with more than $250,000 AGI.

The tax applies to the LESSER of Investment Income or excess of AGI over the $200,000.

We don't know. Kidding. Here is an example:

Charlie has purchased an investment property for $900,000. During his period of ownership, he takes $230,000 in depreciation deductions. He has also made some improvements to the property. At the time of sale, his adjusted basis in the property is $760,000. He subsequently sells the property for $1.2 million. In the year of sale, he is single and reports self-employment income of $315,000.

The tax applies as follows:

Feel free to ask questions below or by email, and we'll explain. In addition, there are a number of government sources which explain the tax (which extends beyond real estate investments as well) more thoroughly than we can.


Most facts for this article came from the National Association of Realtors.