The Real Estate of Doris Duke 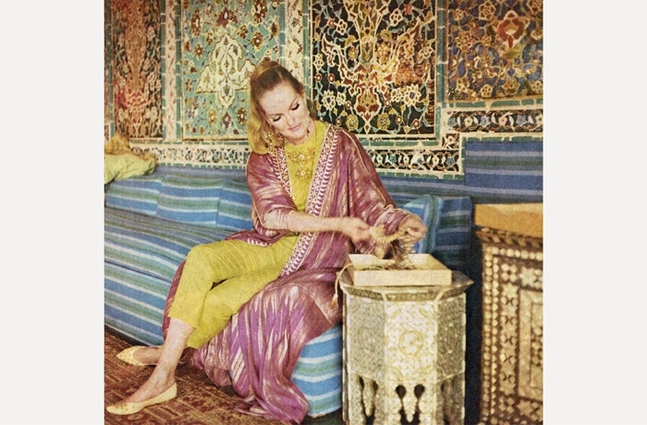 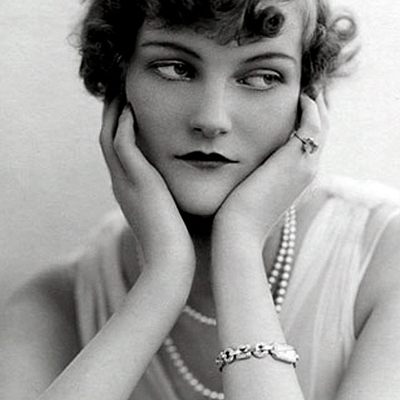 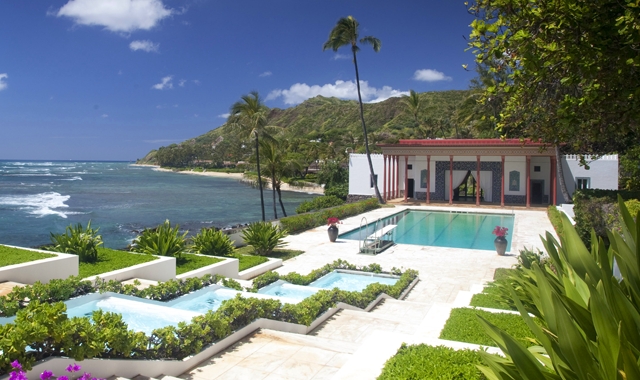 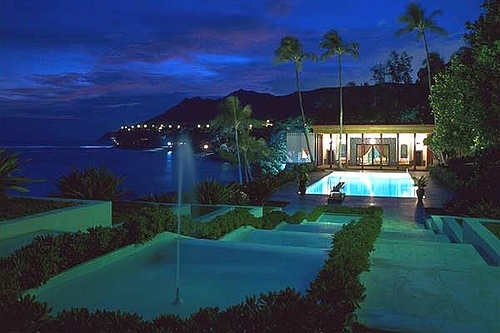 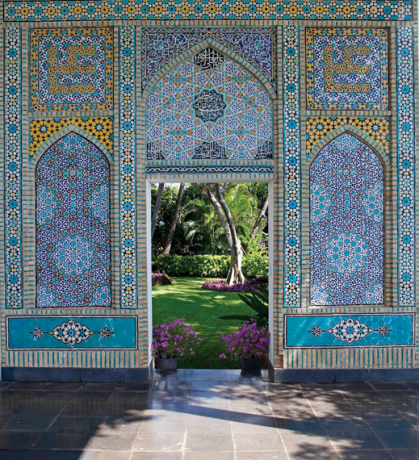 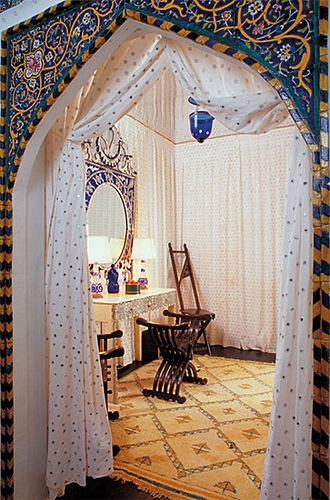 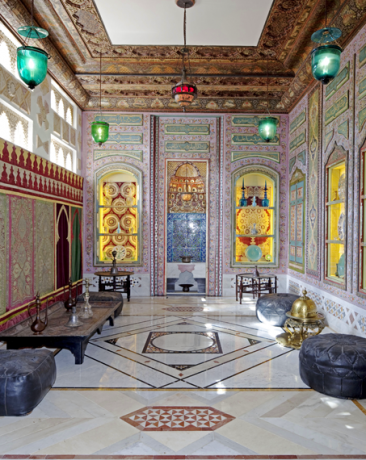 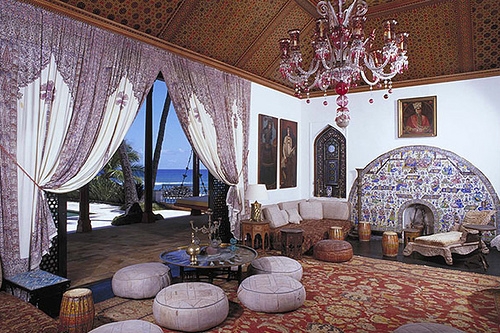 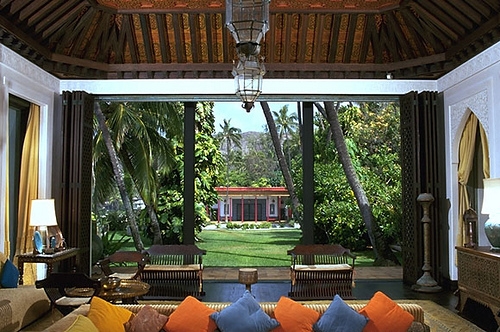 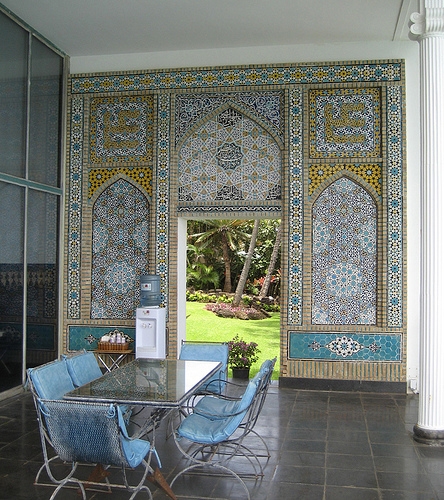 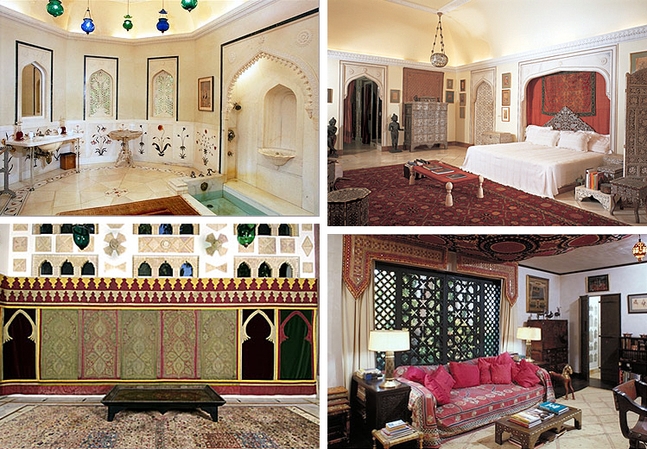 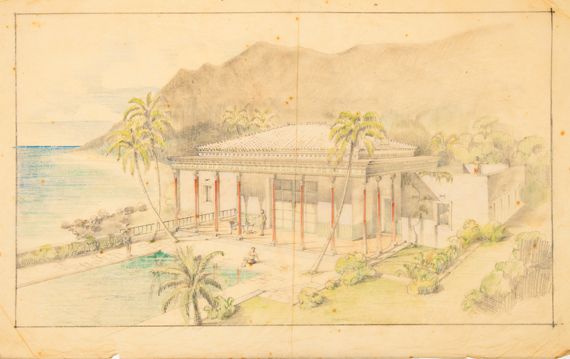 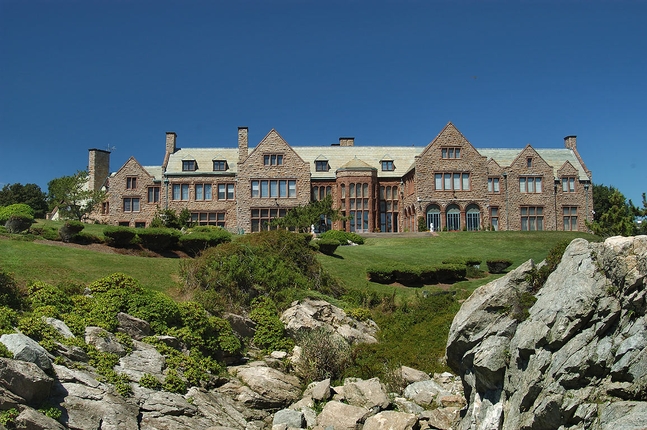 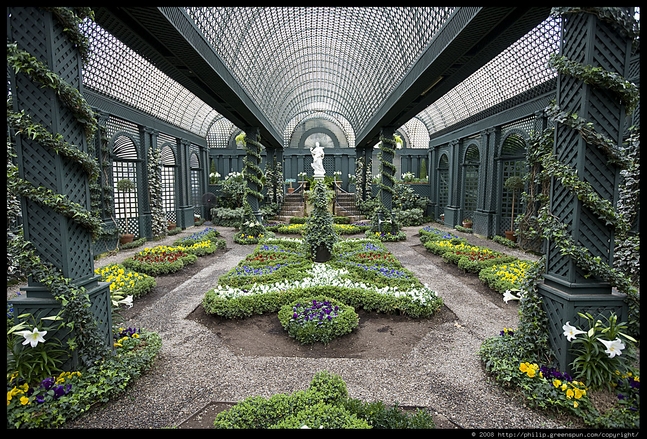 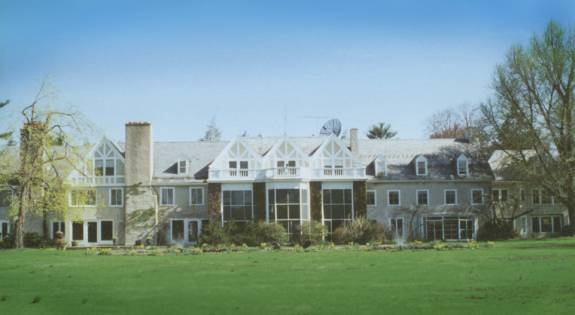 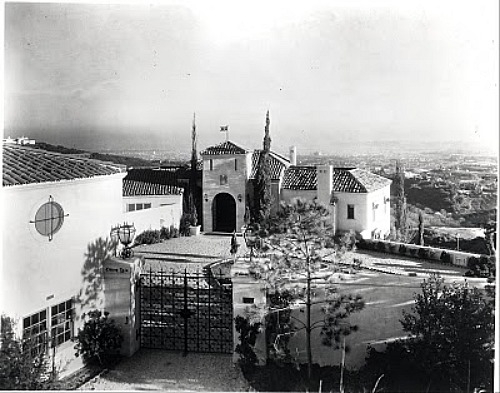 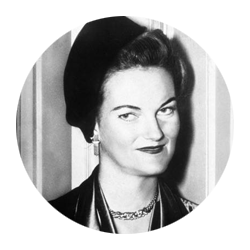 Okay, by now you realize we have a soft spot for heiresses ... particularly those who love houses.

This week, the traveling exhibition Doris Duke’s Shangri La: Architecture, Landscape, and Islamic Art opened at the Museum of Arts and Design in New York to much fanfare. The exhibition showcases objects of Islamic art from Duke's spectacular Honolulu home, as well as new works by six contemporary artists of Islamic background who recently were in residence there. This is the first time the works from Doris's personal collection are being shown outside of Shangri La. In addition, of particular note to us, large-scale, newly commissioned photographs by Tim Street-Porter establish the context of the legendary five-acre property of Shangri La.

Here's a little background on one of the world's most famous heiresses:

Doris Duke was the only child of tobacco and hydroelectric power tycoon James Buchanan Duke and his second wife, Nanaline Holt Inman. At his death in 1925, James's daughter and wife inherited an estate estimated over $1 billion in today's terms. There was contention with the will, and Doris sued her mother and won. With her newfound wealth, Doris was sometimes referred to as the "world's richest girl." Incidentally, when Doris's mother died, she left her daughter jewelry and a coat. (Hmmm... hard feelings?)

Doris was a true jet setter in every sense of the word. A philanthropist and art collector, Doris's interests were varied. During World War II she worked as a canteen for sailors in Egypt, taking a salary of $1 a year. She was a foreign corespondent for the International News Service and later worked for Harper's Bazaar in Paris. Doris eventually settled in Hawaii, purportedly due to the privacy Hawaii offered her. Once in Hawaii she developed a love for surfing and reports were that she was the world's first competitive female surfer.

In Honolulu, Doris lived in the masterpiece Shangri La. Situated on five acres of terraced gardens and pools overlooking the Pacific Ocean and Honolulu’s Diamond Head, Shangri La reflected Doris's passion for the art, architecture, and design of the Islamic world. We encourage you to check out the photos above, because the house is incredible. (We've seen a lot of pools, but that diving board, those swimming lanes, and that setting have all others beat.)

Although it's been said Shangri La was her favorite home, Duke had wanderlust and never liked being anywhere too long. As such, she had a number of real estate holdings. She owned her father's estate Duke Farms, a 2,700 acre estate in New Jersey, home of Duke Gardens - a 60,000-square-foot public indoor botanical display. In addition, Doris owned a 49-room English manor-style mansion in Newport and lived at Rudolph Valentino's former estate "Falcon's Lair" in Beverly Hills. Of course, as any self-respecting heiress would, Doris also owned two apartments in Manhattan: A 9-room penthouse with a 1,000-square-foot veranda at 475 Park Avenue and another apartment near Times Square. She also purchased her own Boeing 737 jet, with a bedroom that rivaled those of her mansions.

If you're in the market for a Doris Duke real estate tour, you're in luck. Rough Point in Newport, Duke Farms in New Jersey, and Shangri La in Honolulu are open to the public. Until you hop on the plane though, we'll strongly recommend you get the book to accompany the Shangri La exhibit. It's pretty incredible, and we included the link below so you're one click away from the glamorous life of Doris Duke.

Find the Book at Amazon