Why Get Your Hair Wet? 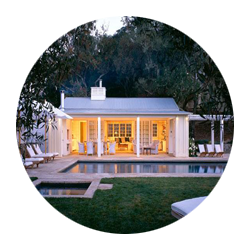 The Olympics definition of “Swimming”: Goggles, unflattering racing suits, swim caps, green chlorinated hair, exhausted lungs, hours of exercising without iPods. Our definition of “Swimming”: Lounging beside the pool in Eres (girls) or Vilebrequin (guys), Grey Goose gimlets in sterling silver cups, Hermes jungle towels, Jay-Z blasting from the Sonos. And, of course, a spectacular pool house. There’s no pool accessory as chic as the pool house. Whether it’s a mini-me of your ... Read More 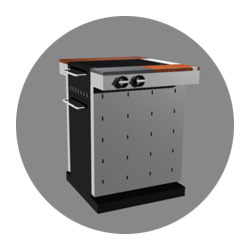 I grabbed Bungalux contributing editor Andrea Rapke for help on pulling together a July 4th must-have list for your barbeque or party. Within about two seconds Andrea had picked a handful of the coolest things I hadn’t heard about. I don’t know how she does it, but take a look at the best in disposable dishware, your own island, and everything in between. Read More 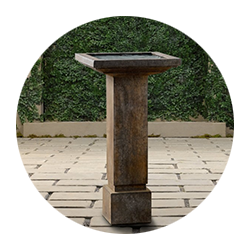 I’ve been thinking about the garden lately and one of the most beautiful and oft-forgotten garden accessories: The birdbath. For me, birdbaths conjure memories of English country estates and overgrown gardens. The Stanford White-designed house I lived in when I was young had beautiful perennial gardens – the result of my mom’s hard labor, something I never appreciated until recently – and a birdbath sat all by itself in the middle of the front yard ... Read More

Pumpkins ... in Every Price Range 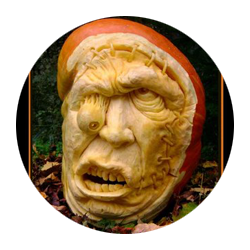 We at Bungalux love Halloween. Sure, one day when we have kids we may learn to hate it – we have a strong feeling our future kids’ costumes will be collaborative efforts between mom, Rachel Zoe, and Tom Ford – but for now Halloween’s a stress-free chance to eat candy we haven’t seen since we were little (Milky Way, anyone?) and watch an old horror flick on AMC while drinking spiked cider. And, of course ... Read More 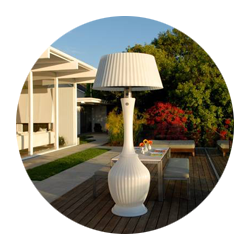 As we at Bungalux are fond of saying, here's the scenario: Despite no declared revenue, no potential revenue stream, no patents, no prototype, and no business plan, your company just got funded at a billion dollar valuation by a well-known Menlo Park venture capital firm. In honor of your as-of-yet-unnamed company, you've decided to throw a party in the garden of your buddy's Pac Heights mansion (his company was funded by the ... Read More

Too Cool for Pool 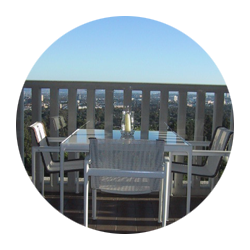 The swimming pool is one of the coolest parts of any Bungalux - both figuratively and literally - so what, you’re wondering, could possibly be too cool for the pool? Our fans, for one (we at Bungalux believe we have the coolest fans around). Answer #2: Richard Schultz 1966 Collection outdoor furniture. Designed in 1966 (hence the name) at the request of Florence Knoll - if you’re new to design and don’t know who she ... Read More 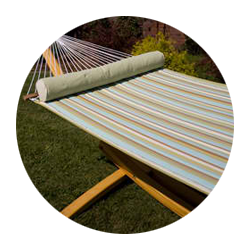 The event of the century is happening this weekend in Los Angeles. It's the only shindig our members in LA – who are generally up for any sort of party, particularly when it involves a lot of people congregating in Bel Air – are hoping to miss. It's Carmageddon. For fifty-three miserable hours, the 405 freeway will be closed from pretty much anywhere-you'd-want-to-go to anywhere-you'd-want-to-go. So what's the alternative to car travel ... Read More