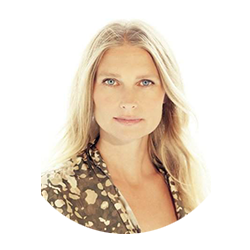 I met the fabulous GABRIELLE SAVOIE earlier this year (virtually, of course!) and her site SAVVY HOME immediately became one of my must-reads every day. And, not only that, it's turned into a lot of my friends' must-read sites too. Often they'll comment on Gabrielle's daily posts before I've even had a chance to read them. Gabrielle has incredible taste and I was so so flattered when she asked me to ... Read More 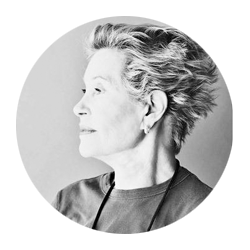 New York-based designer LAURA BOHN discovered her passion for interior design at the age of 10 when her father built their family home in her native Texas. “I was intrigued by the drawings,” says Bohn, who was encouraged to participate in the process, which sparked her interest in design. At the age of 19 Bohn moved to New York City to pursue not interior design but modeling, a career that eventually took her to Paris ... Read More 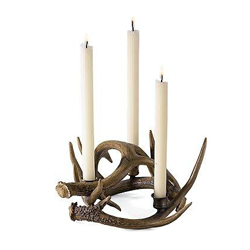 Thanksgiving's history, so our attention has shifted from being grateful - kidding, we're always grateful! - to our winter ski holiday spot. Sure, our boyfriends (imaginary at this point), may care about moguls, double diamonds, back bowls, and powder, but all we're thinking about when making our New Year's plans is finding the spot with the chicest decor. After all, ski chalets always prove such design inspiration - think Aman Jackson Hole and Four ... Read More

'Tis the Season for the Perfect Coffee Table Book

Inside the Designer: Atelier AM 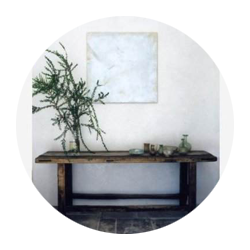 ‘Tis the season for the perfect gifts. And at top of everyone’s list is the coffee table book. Whether you're playing Santa for a traditionalist or a modernist, the husband-wife team Michael and Alexandra Misczynski have it covered in their first book, Interiors Atelier AM. We were introduced to the work of Los Angeles-based Michael and Alexandra many years ago and have been following them closely. Their work is spectacular. Anything but generic ... Read More

Time to Be Thankful Because ... 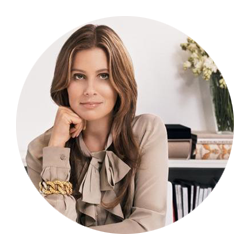 There are two ways to acquire great taste: 1. Genetics, years of cultivation, and a whole lot of luck. 2. Latch on to people who have it. Tip of the day: The second way is a whole lot easier. Which is why we have been waiting, waiting, waiting (did we mention waiting?) with baited breath for tastemaker extraordinaire Aerin Lauder to come out with her home line. After a teaser on Elle Décor and daily ... Read More

The Pumpkins of Ray Villafane 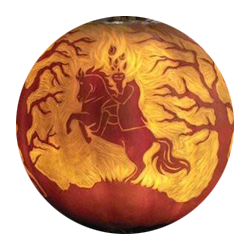 We first introduced you to him last year, during our 2011 Pumpkin Week, and now, even a year later, we're still floored by the phenomenal pumpkin art of RAY VILLAFANE. Ray always showed an aptitude for art, but he eventually ended honing in pumpkin sculpture, when he was consistently being approached by friends and family and local business to create ornate pumpkins for them. Yet, it wasn't until 2007, when he participated in ... Read More 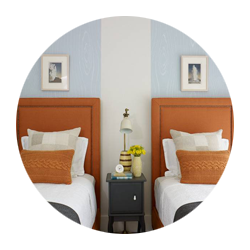 As Bungalux grew beyond my circle of friends and acquaintances I gradually stopped writing personal stories. But when I thought of today’s style pick, I couldn’t help thinking about the few years I spent sharing a room with my younger sister Vanessa (aka: Vani). Today’s style pick is twin beds, an old-fashioned concept that very few of us use anymore. Why? We’re living in an age of “own rooms.” One of ... Read More