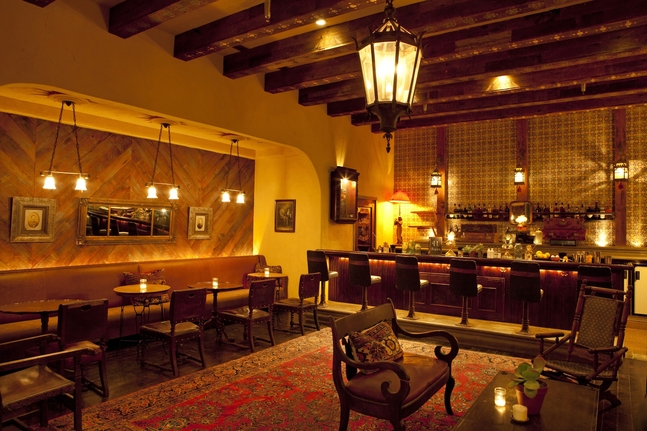 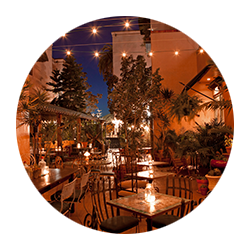 Members-only dining clubs, that's what. Pay-for-privilege-of-dining clubs have popped up in international cities from Berlin to Miami to New York to Los Angeles. Here in LA, they're the equivalent of the Hollywood club scene for those in their 30s through 50s - in other words, for those of us who don't have the legs and/or the desire to wear skirts shorter than our underwear anymore.

Here's the deal: 41 Ocean Club, the latest in dining cliques is opening this month in Santa Monica, and after getting a sneak peek we felt compelled to write about it.

Oh, we love so many things. First, for those Westsiders who don't want to battle 405 traffic to travel five miles in two hours (books on tape only take you so far), this hideaway by the beach is the perfect spot for a post-sunset (or pre-, nothing wrong with that) cocktail. Secondly, founders Jeremy Umland and Max Russo plucked Top Chef star Chris Crary to spearhead their food offerings - let's be honest, we all want him as our dinner companion. Finally, we at Bungalux have a soft spot for Old Hollywood-feeling Spanishes. This one begs you to primp Veronica Lake-style, curl up by the fire, and sip a gimlet while playing bridge with producers.

We strongly suggest you get your application in ASAP (link below). If other member clubs are any indication this one will fill up quickly. You don't want to have to start calling in favors later. After all, you need them for things like getting your screenplay read by Jerry Bruckheimer, not your social life.